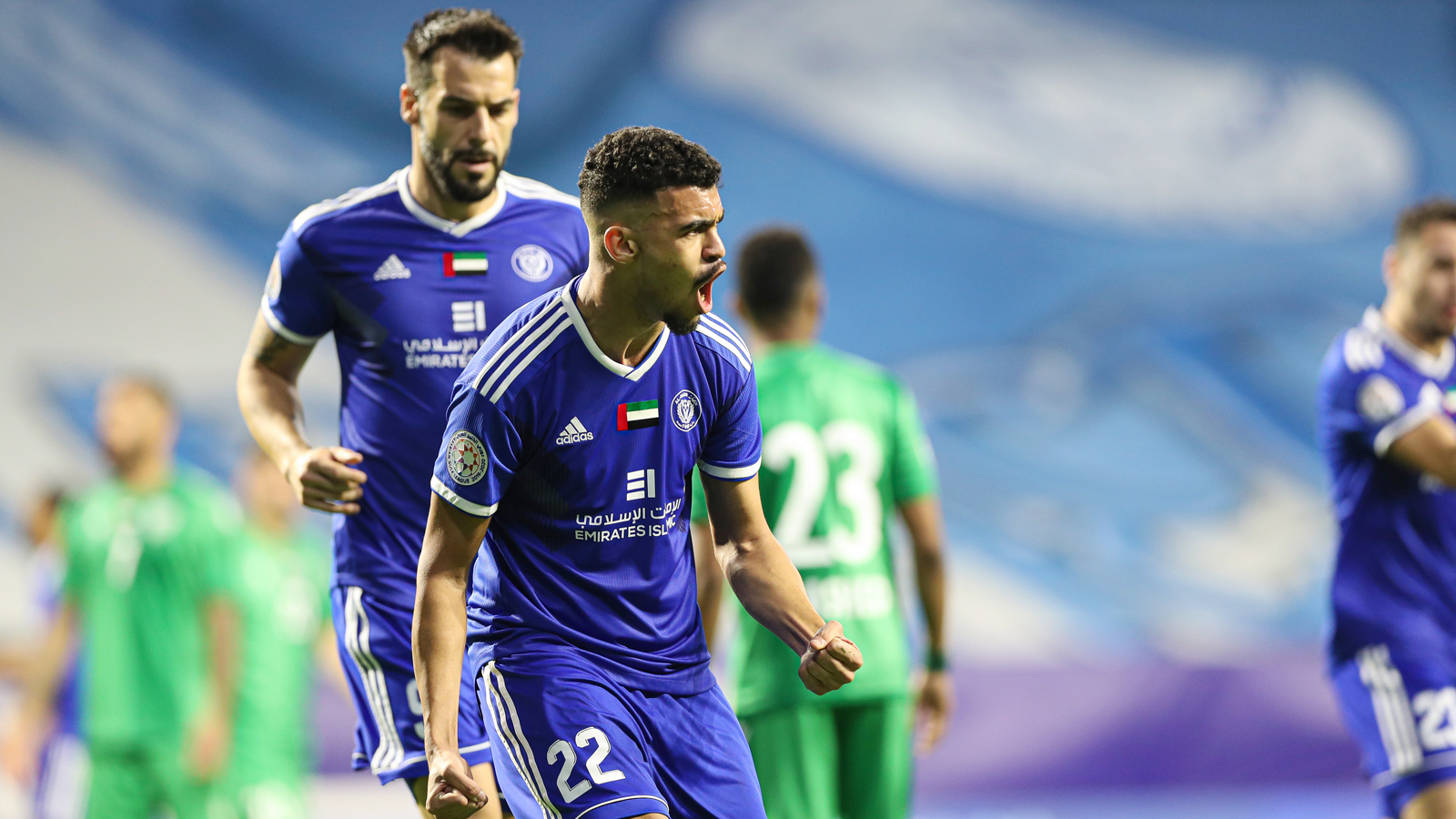 Al Nasr achieved an important victory against Khorfakkan with a goal without a response scored by Glaubir Lima, in the match held Friday evening at the Al Maktoum Stadium in the framework of the 19th round of the Arabian Gulf League.

Al Nasr started the match with a formation consisting of Ibrahim Issa the goalkeeper, in front of him the four defenders Hazza Salem, Muhammad Ayed, Glaubir Lima and Muhannad Khamis, and in the middle the trio Tariq Ahmed, Esteban Pavez and Antonio Touze behind the attacking trio Jassem Yaqoub, Brandley Kuwas and Alvaro Negredo.

Al Nasr took over the control of the game from its inception, the players pressed continuously to score an early goal that confuses the opponent and helps resolve matters, but to no avail the Khorfakkan defense succeeded in preventing the completion of the attacks by the Al Nasr players, in the 33rd minute witnessed the most dangerous chances of the first half in the interest of Khor Fakkan, whose players launched a quick counterattack, as Bruno Lamas powerfull shoot hit the goal post, the remaining minutes passed without a change, ending the first half with a goalless draw.

In the second half, Al Nasr made its first switch with entering Gabriel Valentini instead of Jasim Yaqoub to activate the team's attack, the subsituate Valentini scored the goal of progressing for Al Nasr, but the referee canceled it after returning to the video technology, Brazilian defender Glaubir Lima managed to score the only goal of the match in favor of Al Nasr in the 64th minute, later, A Nasr players tried to consolidate the result with a second goal, but to no avail, in the 85th minute the first appearance of the newcomer Mohamed Fawzy taken as the coach pushed him instead of Hazza Salem, the remaining time of the match passed and the referee final whistle announced the victory for Al Nasr.