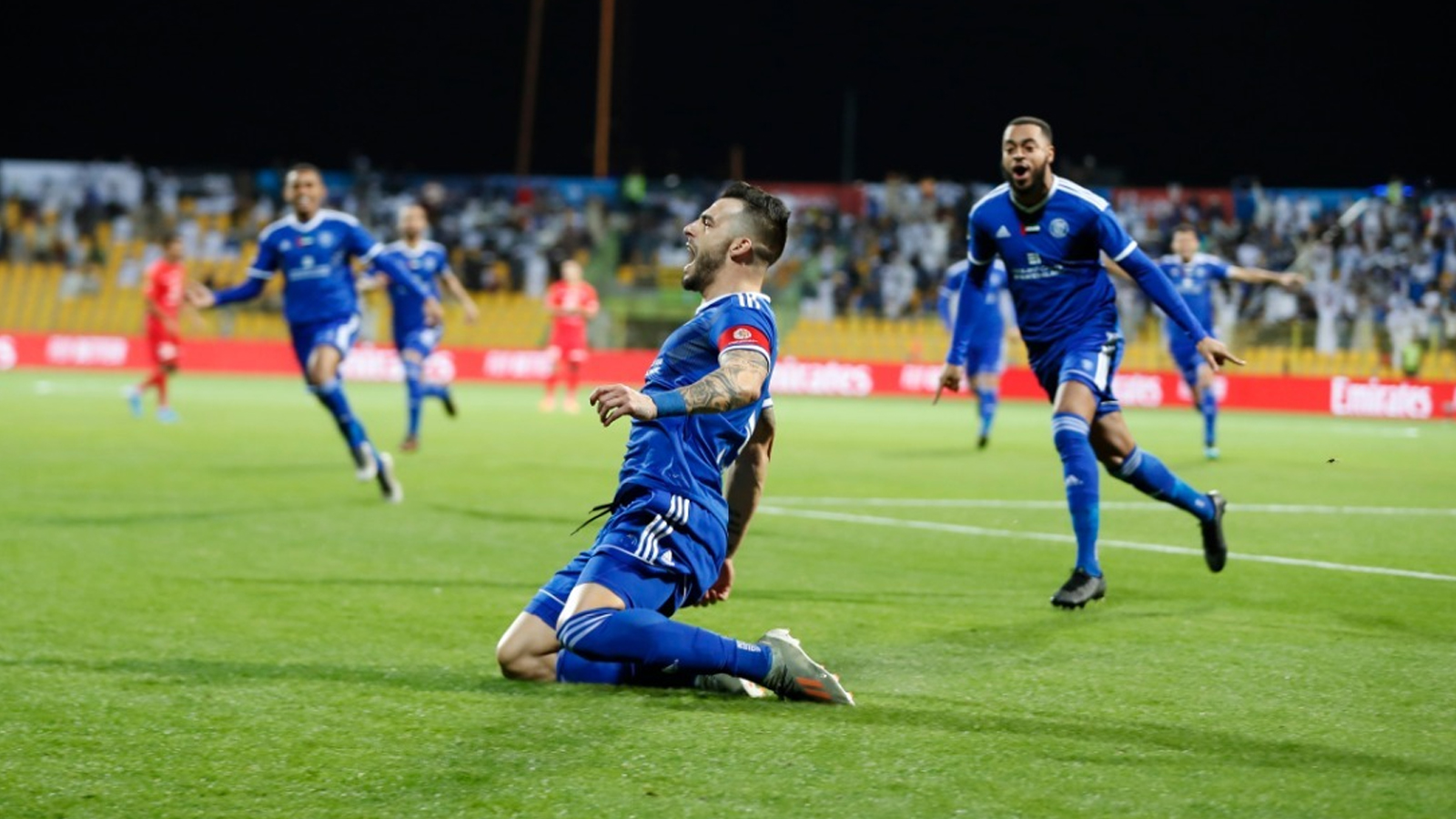 Al Nasr won the Arabian Gulf Cup championship after defeating Shabab Al Ahli team by two goals to one in the match that gathered them on Friday evening at Zabeel Stadium, amid a huge public presence by the fans of both teams.

The technical staff of our first football team entered the game with a formation consisting of Ahmed Shambieh in the goalkeeping, infront of him the quadruple defense Al Hussein Saleh, Muhammad Ayed, Glauber Lima and Hamad Jassim, In the middle the trio, Tariq Ahmed, Hussein Mahdi and Antonio Touze, behind the attacking trio Brandley Kuwas, Hussein Omar and Alvaro Negredo.

The start came exciting and enthusiastic as Al Nasr team managed to open the scoring early in the tenth second by Alvaro Negredo, the fastest goal in the history of the Arabian Gulf Cup finals, Shabab Al Ahli managed to equalize the result in the 12th minute through its player Youssef Jaber, the game continued after the exciting draw, as Al Nasr increased its pressure on the Shabab Al Ahli goal, their players relied on the counterattacks, in the 39th minute, Touze  missed a real opportunity and the ball went past the goalpost, Shambih succeeded in saving a strong shot by Shabab Al Ahli player in the late 1st half, after which the referee announced the end of the first half with a positive tie.

In the second half, Antonio Toze succeeded in scoring the second goal for Al Nasr after he followed the rebound from Shabab Al Ahli defender and smahsed the ball into back of net of  Shabab Al Ahli, Al Nasr's attackers continued their pressure on Shabab Al Ahli defenders in an effort to consolidate the result with a third goal in the match, while Al Nasr's defenders and goalkeeper Shambieh braved their goal with a valor and prevented Shabab Al Ahli players from scoring the equalizer, to pass the remaining minutes and the match ends with the victory of the Blues, the title after a distinguished performance throughout in the championship.