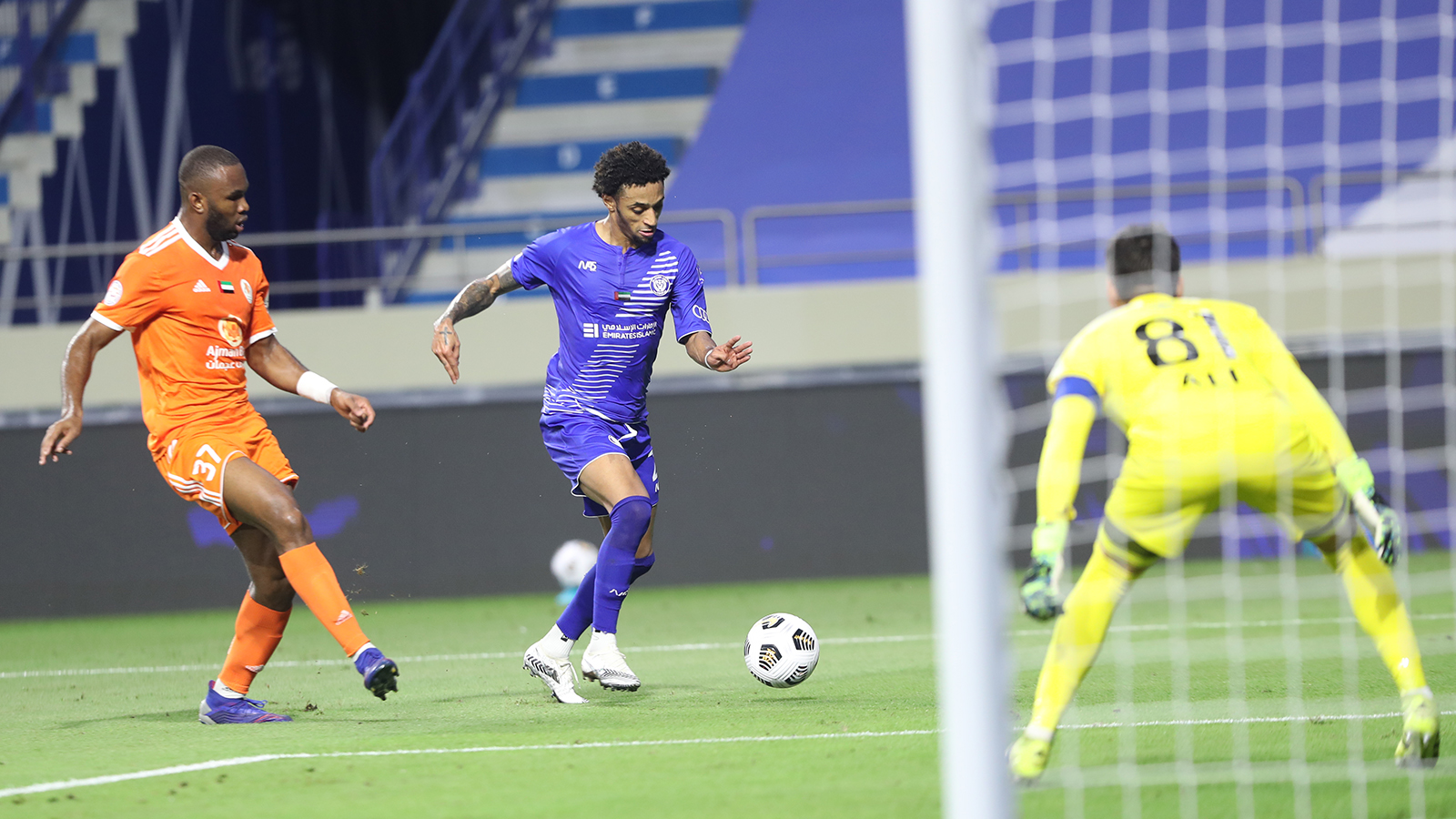 Al Nasr defeated Ajman by three goals without a response in the match held this evening, Tuesday, at Al Maktoum Stadium in the 4th round of the Arabian Gulf League, raising its tally to 10 points.

The first half was a good level, in the 16th minute the first attack of Al Nasr through Diaa Sabaa, who converted his teammate Mendes' cross into a ground shot that the Ajman goalkeeper managed to stop, a minute later, Mendes hit a strong ball, but it hit the crossbar, and the Ajman striker almost scored his team's first goal in the 19th minute, but Mahmoud Khamis managed to clear the ball from the goal line.

In thhe second half Al Nasr players continued their attack in search of scoring the first goals, which was achieved by in the 55th minute through Antonio Touzé, who shot a perfect ground ball in the left corner of the Ajman goalkeeper, Ajman nearly equaled the score in the 60th minute, but the player's header hit the crossbar, in the 75th minute, the referee awarded a penalty kick for Al Nasr, which Touzi translated into a second goal, before Ryan Mendes added the third goal for Al Nasr in the 80th minute, after which the match ended with the victory of Al Nasr.