Al Nasr lost from Sharjah in the Arabian Gulf League 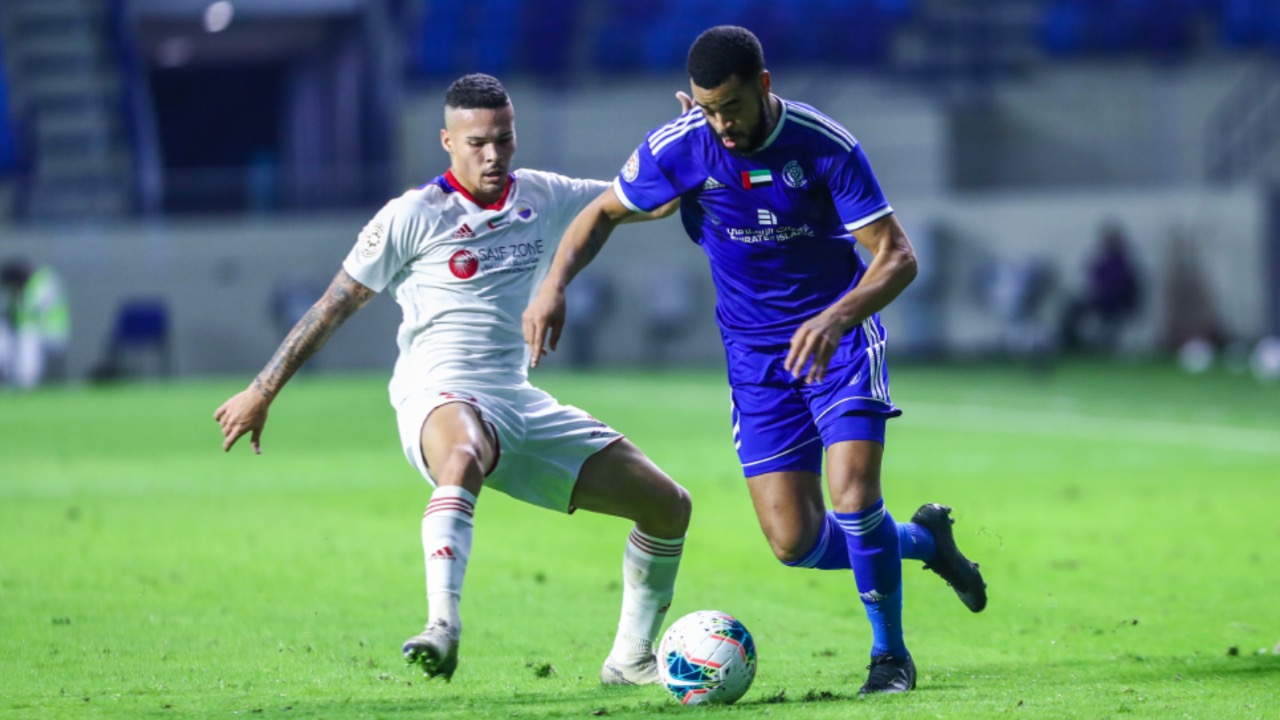 Al Nasr first soccer team lost against Sharjah, by three goals to a goal, in the match that gathered them this Sunday evening at Al Maktoum Stadium, in the framework of the ninth round of the Arabian Gulf League.

The start was quick and enthusiastic, and the Al Nasr's players imposed control during the first quarter of an hour in the middle of the stadium, Al Nasr nearly missed to advance the result on three different occasions,

in the 11th minute Mahmoud Khamis sending an elaborate cross that Habib Al Fardan met with a header, but it passed next to the post, and in the 14th minute, Jassim Yaqoub penetrated in the depth and passed the ball to Al Fardan, who in turn passed it to Pavez, before the latter fired a strong shot that the Sharjah goalkeeper cleared it to a corner kick, In the 17th minute, Kuwas hit a powerful shot, but the Sharjah goalkeeper managed to block it.

in the 20th minute Sharjah team score the first goal of the match by attacking player Gomez, and Touze almost equalized in the 34th minute after following the pass of Al-Fardan, but the ball passed near the goal post, and in the 39th minute, Mendes Sharjah player added second team's goal, in the 46th minute Brandly Kuwas reduced the result difference and scored first goal by a powerful shot that dominated the goalkeeper's left corner, after which the first half ended.

In the second half, Al Nasr made its first substitutions by entering Hazza Salem instead of Saeed Suwaidan, and the Al Nasr's players sought to return again in the result by scoring the equalizer, and Jasim Yaqoub almost equaled the result, but his ball hit the net from outside of goalpost, and Al Fardan tried to adjust the result in the minute 64th however, his ball hit the crossbar, and in the 78th minute, Muhammad Al Akbari came up with an alternative to Jassem Yaqoub, and a minute later Touze hit a powerful ball that almost equaled the result, but it passed next to the post, and then our coach Kronuslav Jurcic took the third substitution with Salem Salih instead of Habib Al-Fardan, in try to activate the offensive line of the team, and the 91st minute Sharjah team scored its third goal, to pass the remaining minutes, and the referee announced the end of the match.