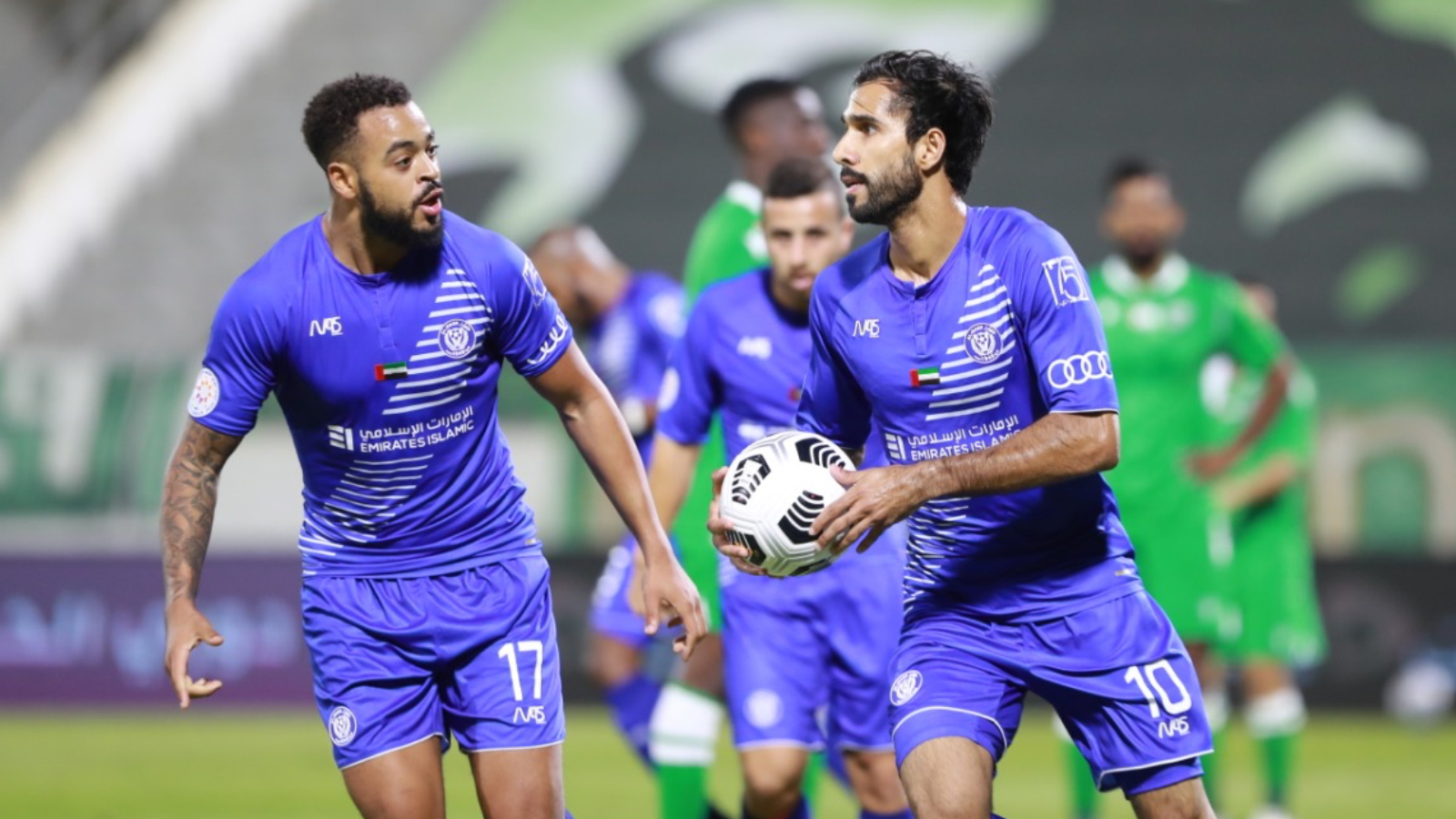 Al Nasr returned from Khorfakkan stadium with three important points after defeating 1 - 0 scored by Habib Al Fardan in the match that brought them together this Friday evening in the second round of the Arabian Gulf League.

Al Nasr gained control over the game in the first half, and almost advanced the result early through Ryan Mendes, who turned Mohamed Fawzi's perfect cross with a strong header, but hit the post.

In the eighth minute, Ryan Mendes sent a cross directly to Mohamed Faouzi, but it passed by the post, Khor Fakkan responsed with a quick counterattack that reached Omar Juma, who shot it in the hands of Shambih.

Ahmed Shambih continued defending the goal brilliantly, saving a goal from the Khorfakkan striker, who was alone in the goal spot in the 32nd minute.

At the start of the second half, Kuwas passed a cross to Sebastian Tigali, who turned it by his head towards the goal, but the Khorfakkan goalkeeper blocked it.

In the 58th minute, Kuwas dodged the Khorfakkan defenders and hit a powerful shot, but it passed by the left post of the goalkeeper.

Habib Al Fardan managed to score the Al Nasr's only goal in the match in the 81st minute, after a successful follow-up to Mahmoud Khamis's dribble and got the first three points in the league competitions.