Jurcic: I invite the fans to come and support the players on the field, Habib Al Fardan: Kronuslav managed to solve the technical problems in the team 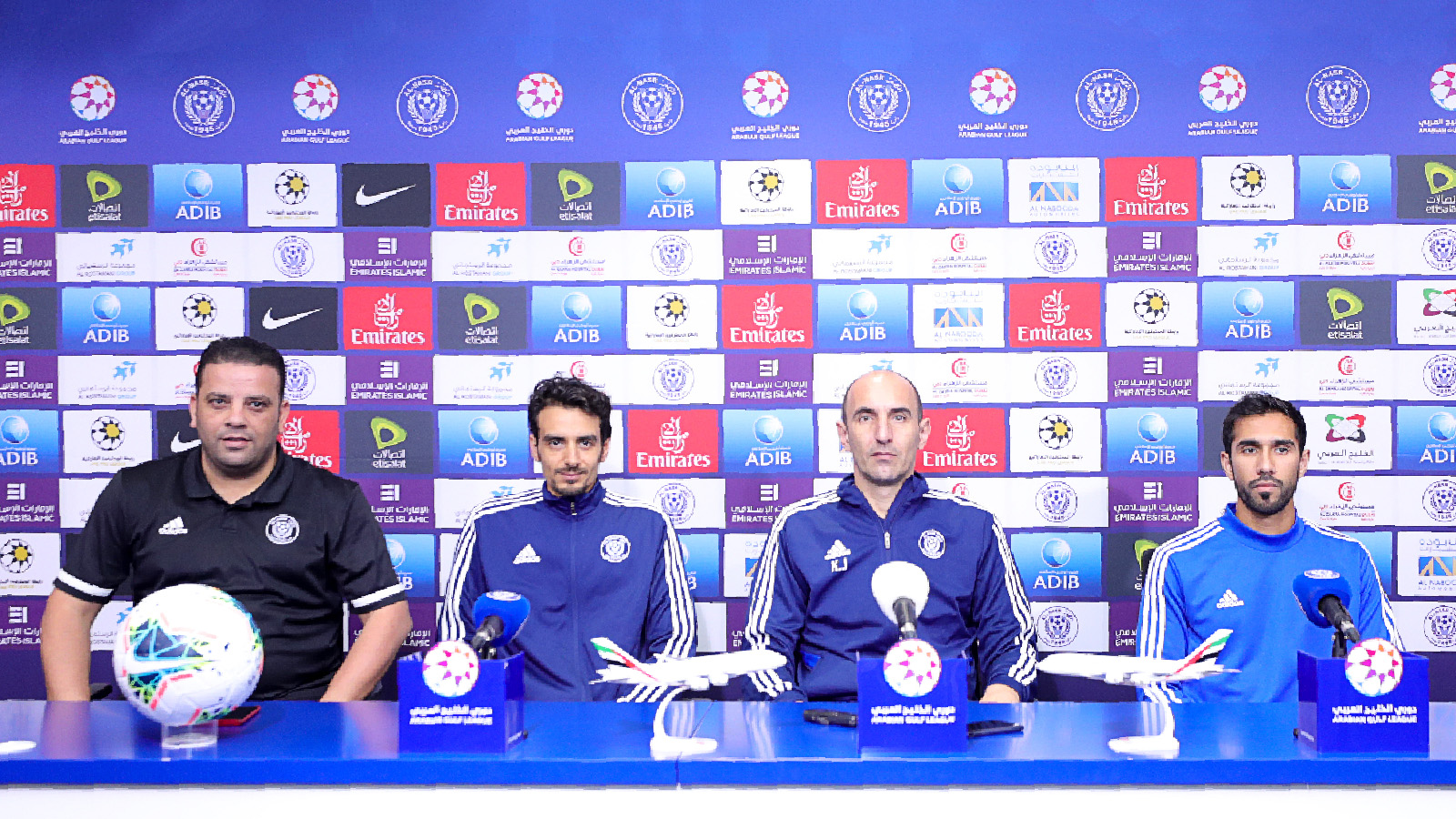 Kronuslav Jurchic, the club's first football team coach, spoke at the beginning of the introductory press conference for Al Nasr and Sharjah match, within the framework of the 9th round of the Arabian Gulf League, saying : another strong and important match against the Sharjah team is considered to be the derby games, and I am excited to face Sharjah, because the big team matches have a special nature, and everyone is watching with passion, especially the players.

Jurcic continued his speech by saying: Sharjah is a great and organized team, with a wonderful coach and distinguished players, and last season he presented strong results and was able to win the league championship, and this season appears with the same strong level and this is difficult to happen in football, but we strive to provide a strong match and get out of it with a positive result, especially after we played a strong match against Al Ain, and we were able to return and equalize the match after two goals, the atmosphere is now very positive and the morale is high in the team, and everyone is waiting for the next match against Sharjah team.

Jurcic added: There are four or five strong teams competing fiercely for the leading positions in the league lead, and all these teams advance strong levels and do everything in their power to continue to achieve victories and get an advanced position in the table arrangement, I know that the Al Nasr team is one of the big teams that always strives to the forefront, and now we have a group of great players doing their best and working with discipline and seriousness, and I think we are able to achieve what I said in the first press conference with the team.

Jurcic concluded by saying: the presence of fans is very important for the team. Al Nasr now has combat players who are doing their best in the matches, and I hope the fans will be in the stands to support these players because they deserve support.

In his turn, Habib Al Fardan spoke about the upcoming macth against Sharjah, saying: We have a difficult match against the Sharjah team, which is the most stable team in the league, as it offers strong matches throughout the current and past seasons, and they lost only a few games, but we strive to do our best and provide a level as what we did in Al Ain match, to get a positive result from the macth.

Habib added, “The fighting spirit is an important matter in football, but technical matters remain the basis, you can play with a spirit, but without technical thought there will be nothing, and this is what the coach made, as he was able to find technical problems in the team and was able to correct them, we appeared differently and presented strong matches, and we are seeking to continue this performance in the next stage.