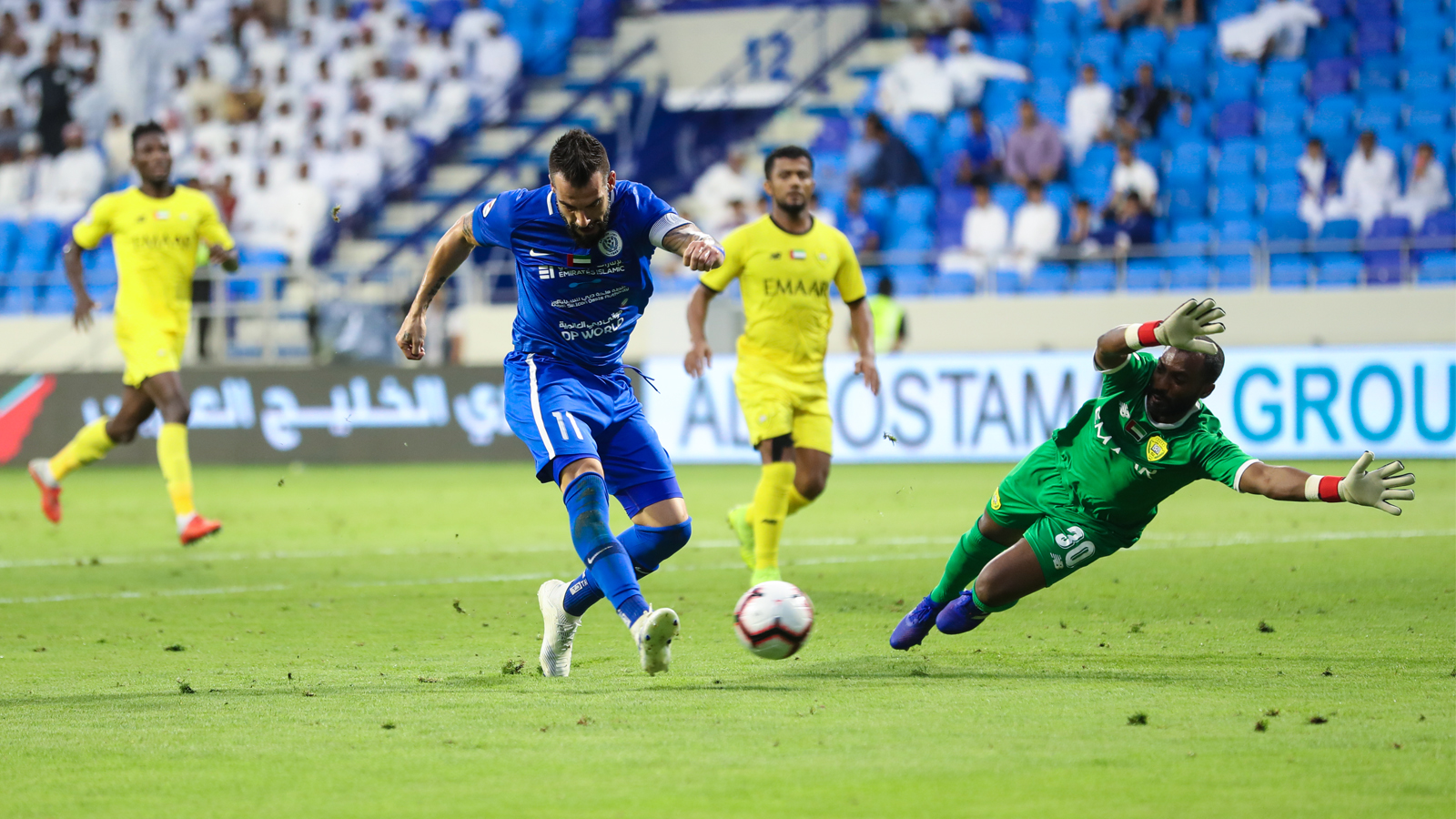 Al Nasr held a four-goal derby win against Al Wasl at Al-Maktoum Stadium in the 19th round match of the Arabian Gulf League.

The match from the beginning was an exciting, the referee awarded a penalty in the 7th minute for Al Wasl after consulting the VAR, Caio scored the first goal for the guests, the blues were awarded a penalty seven minutes later, Negredo's kick was saved by goalkeeper Humaid Abdullah.

Al Nasr's attempts to change the result continued by relying on counter-attacks, as they had several threats by the Negredo, but the result remained same until the end of the first half.

Al Nasr entered the second half more interested in making a difference. This was evidenced by the intensification of the attacks on Al Wasl's goal from the first minute until the 53rd minute in which Negredo managed to equalize for Al Nasr on Mahmoud Khamis's rebound.

In the 61st minute due to misake by the defender, Caio managed to add the second goal for Al Wasl.

Despite the second goal progress of Al Wasl, Al Nasr continued the pressure so that Negredo could equalize the result again from a powerful shot.

After equalizing the match result, Al Nasr dominated the game, until the Jasim Yaqoob replacement gave an advantage by scoring the third goal in the 83rd minute, Negredo returned in the extra time to score the fourth goal for Al Nasr, which ended the game with the victory of Al Nasr with four goals against two goals for Al Wasl.