Jurchic: Preparations for the confrontation Sharjah are in full swing 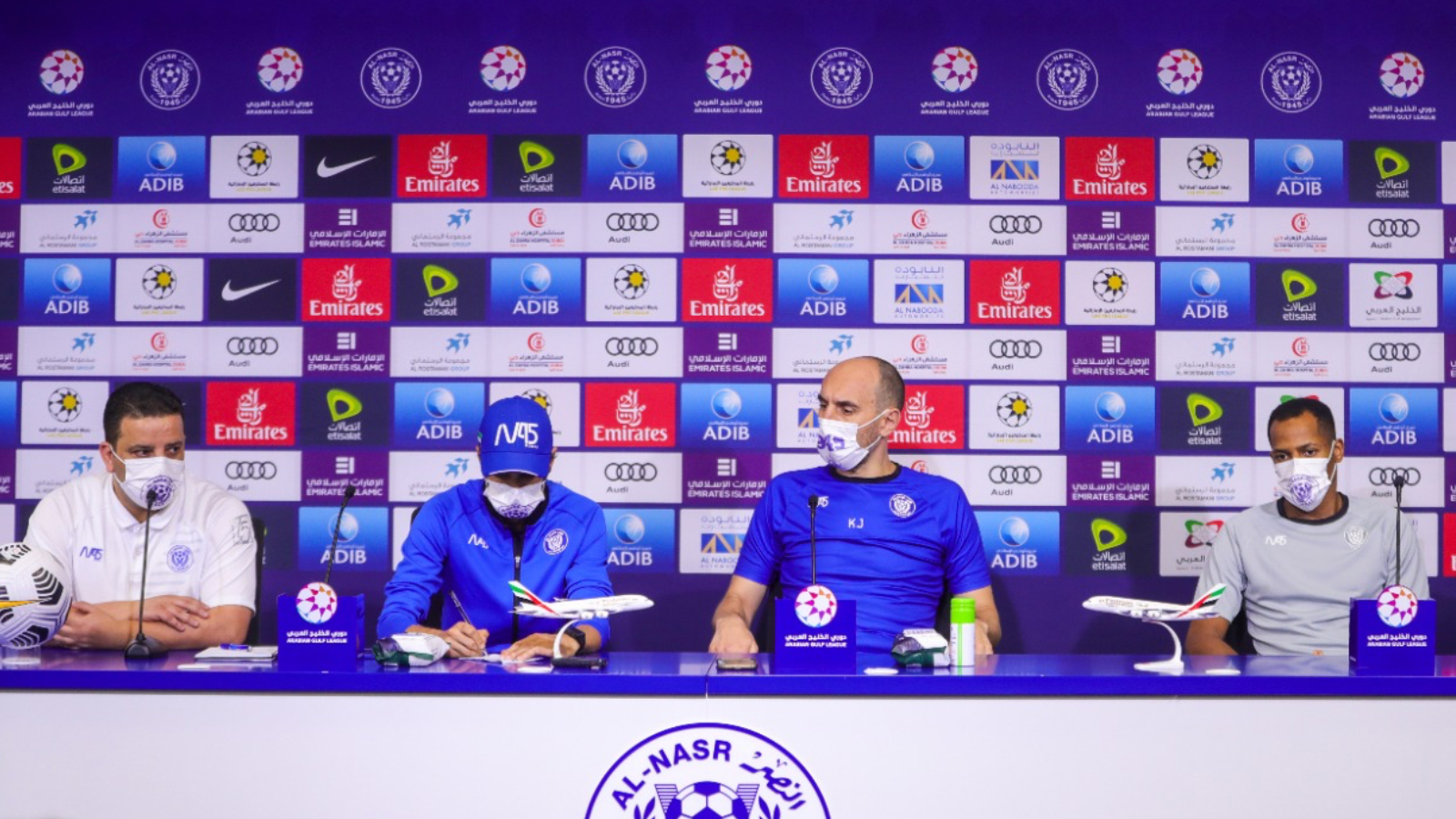 The preparatory press conference for the Al Nasr and Sharjah match, within the 6th round of the Arabian Gulf League competition, to be held next Friday, was held in the presence of the technical director of our first football team, Mr. Kronslav Jurchic and the player Muhammad Fawzi.

- Two days before the match, Mohammed Fawzi, Mahmoud Khamis, Habib Al-Fardan and Tigali joined the team, and Ryan Mendes will arrive in Dubai this evening.

The next match will be strong to be considered a derby, and preparations for it are underway.

- Sharjah team is one of the strongest teams in the league and we respect it like all the teams we play against, but we are ready to face it.

- The atmosphere is positive in the team and all players are ready to participate, and we have the ability to compete with any opponent.

While the statements of the player Mohamed Fawzi were as follows:

- We have only played five matches in the League Championship and we still have a lot of confrontations.

- The Sharjah match will be strong and we will give everything to achieve our goal with it.

- Each of us is doing his best with the team to join the ranks of the national team.