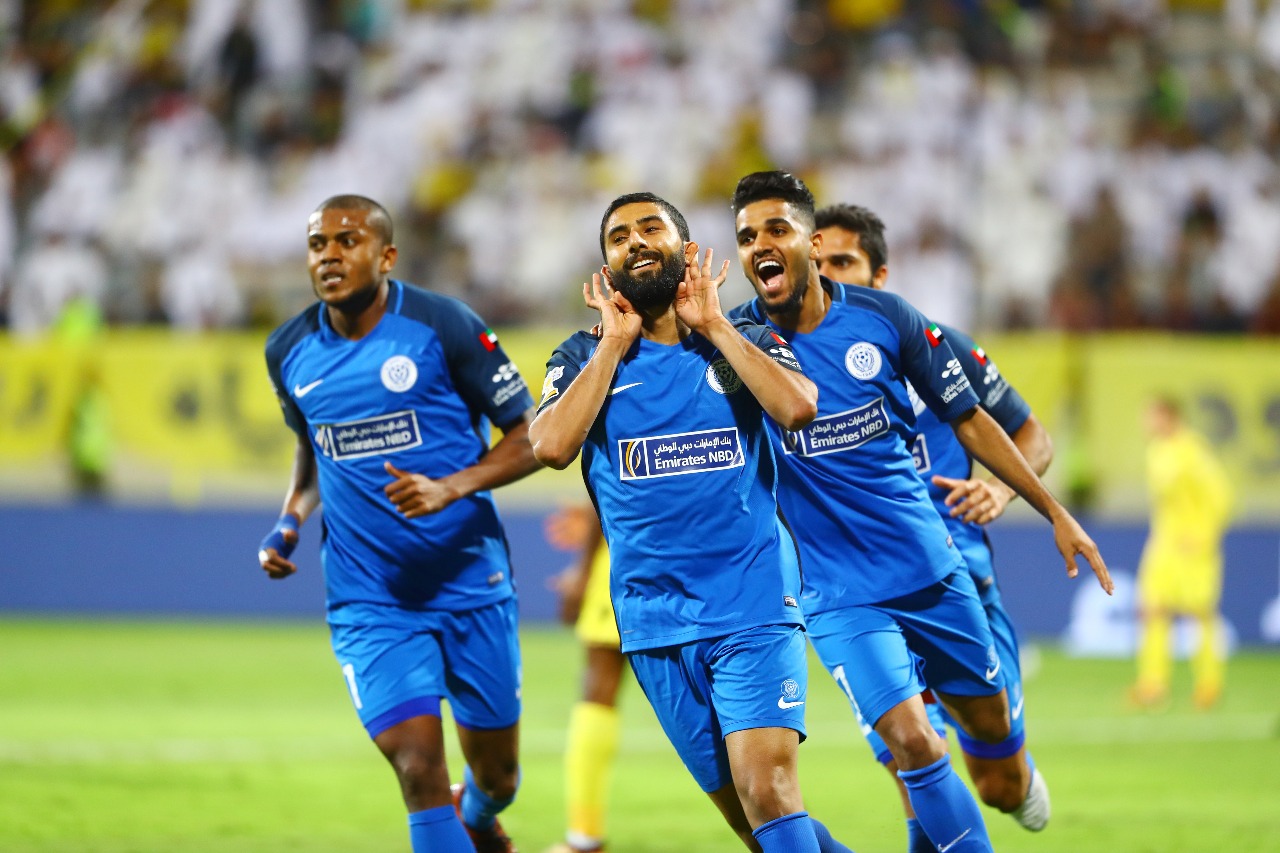 Al Wasl managed to escape from a confirmed defeat after a 2-2 draw against Al Nasr in the quarter-finals round of Arabian Gulf Cup.

The match started with quick exchanges of counter-attacks between the two teams but Al Nasr team was forced to make an early substitution in the 12th minute after the injury of Amer Mubarak.

Fabio de Lima opened the scoring for the hosts 19 minutes into the game.

After the goal of Al Wasl,  Al Nar intensified the attack where Marcelo almost tried to modify the score in the minute (25) when his strong shot was saved by goalkeeper Youssef Zaabi.

Al Wasl's Fabio managed to add the second goal in the 33rd minute of the match when he took advantage of a corner kick.

Al Nasr continued to reduce the result difference by several attempts of Salem Saleh and Marcelo, in the last minute before the end of first half, the referee handed red card to Al Wasl's Fabio after he deliberately hit Al Nasr player Rashid Mohammed.

With the start of second half of match, coach Prandelli made a substitution with the entry of Mohammed Srouash alternative to Ali Hussein.

In the second minute of second half, Rashid Mohammed Omar was able to reduce the score and achieve the first goal for Al Nasr team with a smart shot from outside the penalty area which Al Wasl's goalkeeper failed to deal with.

Few minutes later Salem Saleh scored with wonderful pass by Zarate, who turned it into the net.

Al Nasr continued to attack after the equalizer thanks to Tarek Ahmed's passes to Zarate with the help of substitute Mohamed Sarwash.

In the 70th minute, Al Nasr made second emergency subsituation to replace Ibrahim Abbas eith Jasim Yaqoob who was injured.

Al Nasr continued their pressure on Al Wasl in an attempt to add the third goal. This resulted in a penalty in the 87th minute, which Zarate could not secure a goal for Al Nasr. The match continued without changing the score until the referee fired the whistle announcing the end of the game with the result 2-2.