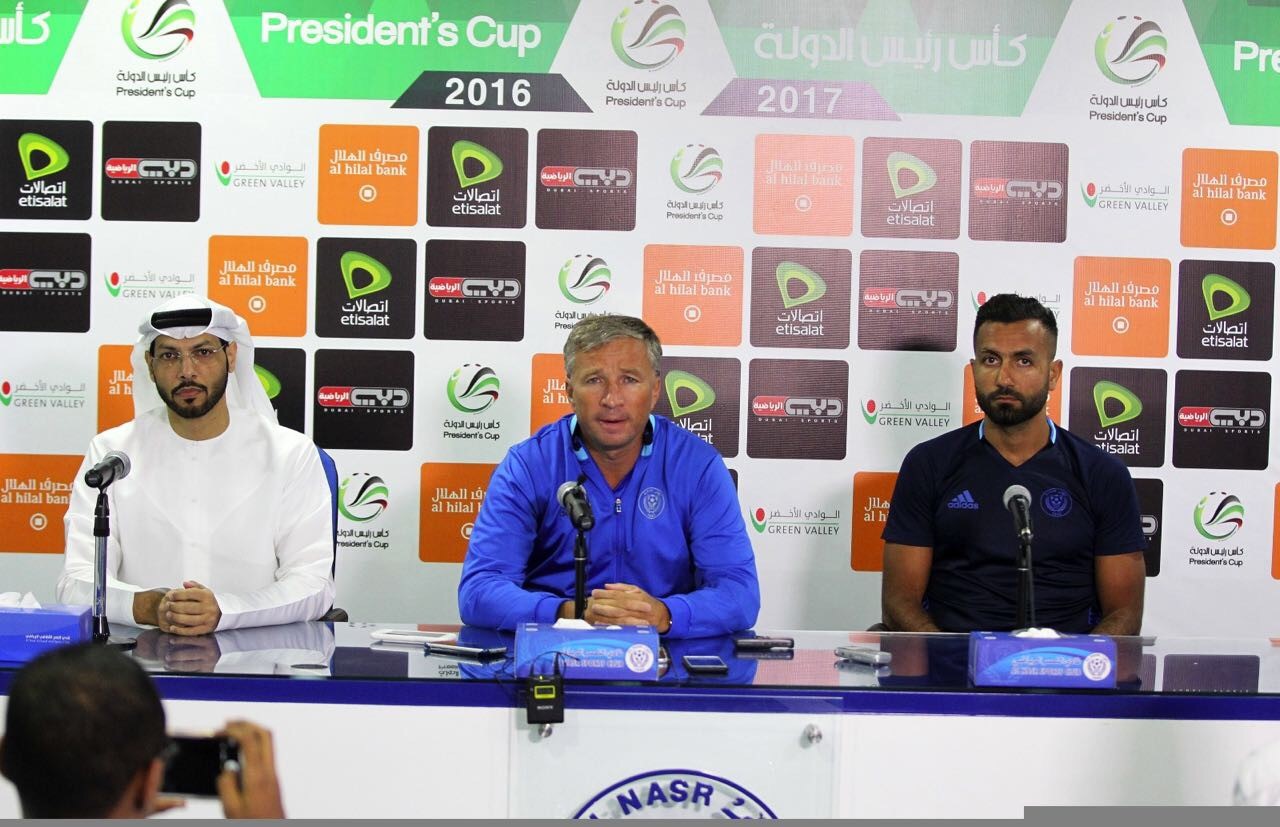 - Of course this game is very important for us and the club and everyone who belongs to Al Nasr Club.

- Always in the semi-final and final matches the cuff is equal between the two teams 50% for each team.

- History does not play a role in such confrontations, the players on the pitch determine its outcome.

Joan Al Omari: - Everyone knows that the President's Cup is the most important championship in the UAE, so this game is very important for us as players and the club in general.

- I think we have been waiting long time for this match and now we have to show everything we have because everyone is aware of the value of the cup match.

- Hatta is a good team and we have to be at the top of our concentration unlike what we were in the last game.