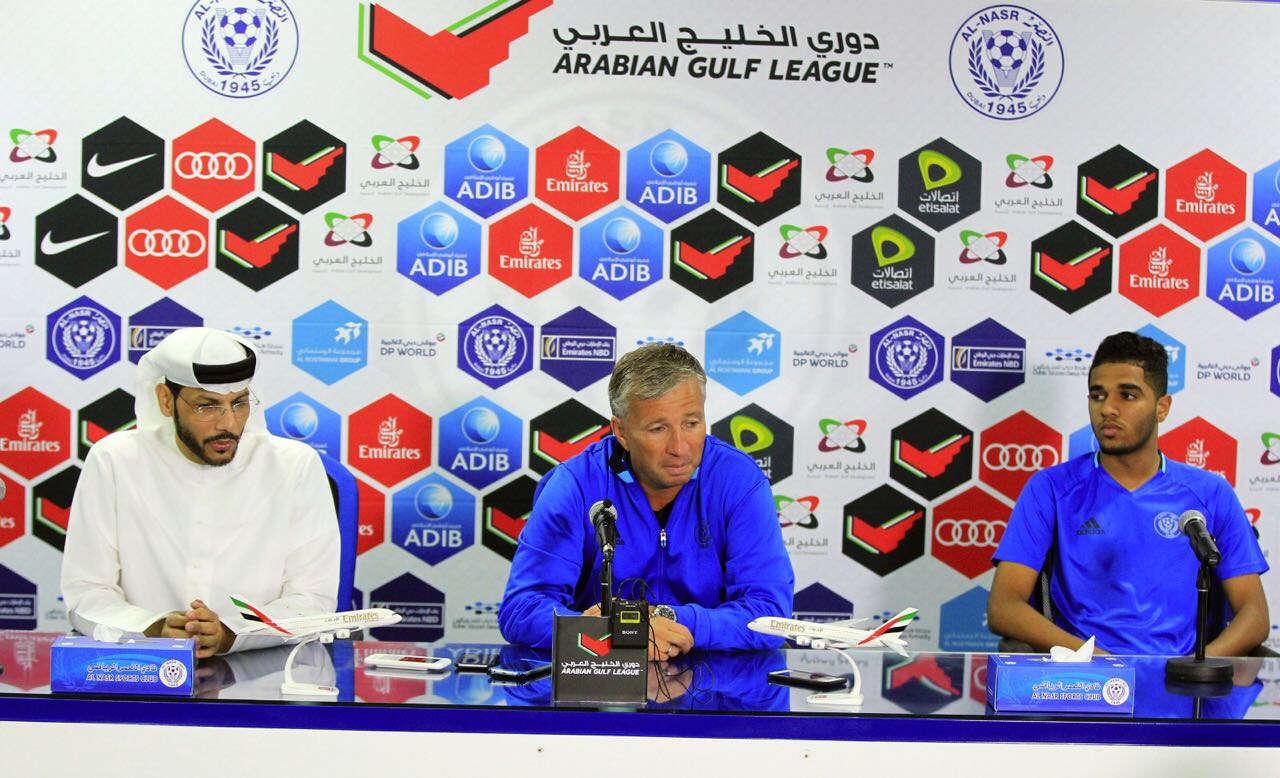 Al Nasr FC Head Coach Dan Petrescu confirmed that the next match will be very important and difficult and its after a long pause and said that he cares only to prepare the team for the game on Friday without thinking about the upcoming games especially the semi-final match of the President's Cup so that the Players don't lose focus.

The coach said in the press conference held for Al Nasr vs Ittiahd Kalba match in the 22nd round of the Arabian Gulf League, which will be held next Friday at the Al Maktoum Stadium - Al Nasr Club at 8:45 pm: "The downtime was very long which is the longest in my coaching career and I would not prefer to enter, since the team was going through the positive results, but I hope that this period of break will bring us good news. "Petrescu said:" We will play against a good team looking for the three points on Friday, and the difficulty of the match lies in the fact that it is either after a long rest period. "

"We will miss in the game Abdulaziz Barrada for a slight injury in the last friendly match, and also we have to wait for the availability of Fawaz Awanah and Mahmoud Khamis during the next two days and then decide whether or not to participate."

Jassim Yaqoub said that "the goal of the team in the coming period is to win and score points in all the remaining games in the league to improve the team's position in the ranking table."

Jassim Yaqoub also said "I am able to take responsibility in the absence of Barada and wish him a speedy recovery and return to the team,"